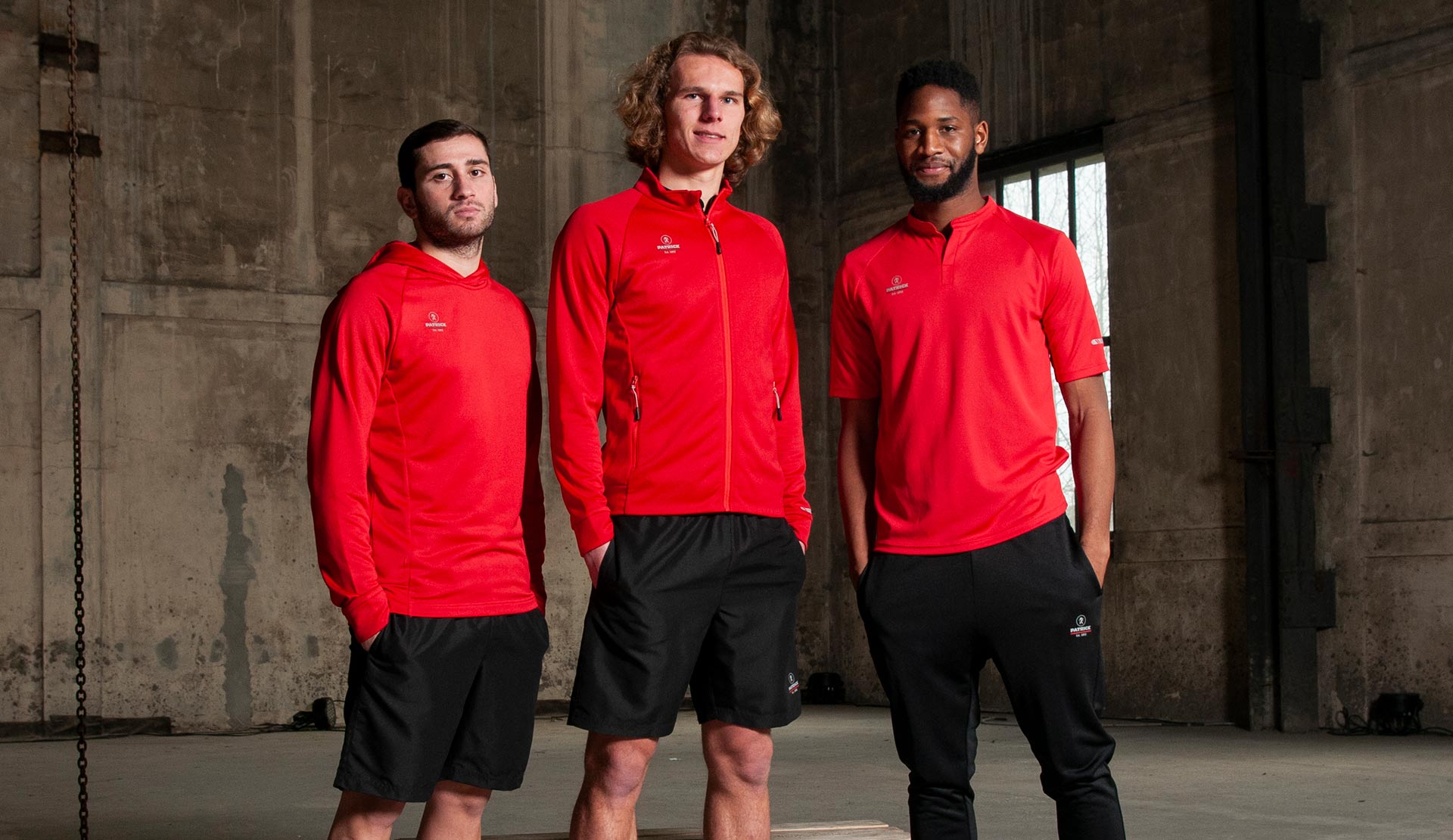 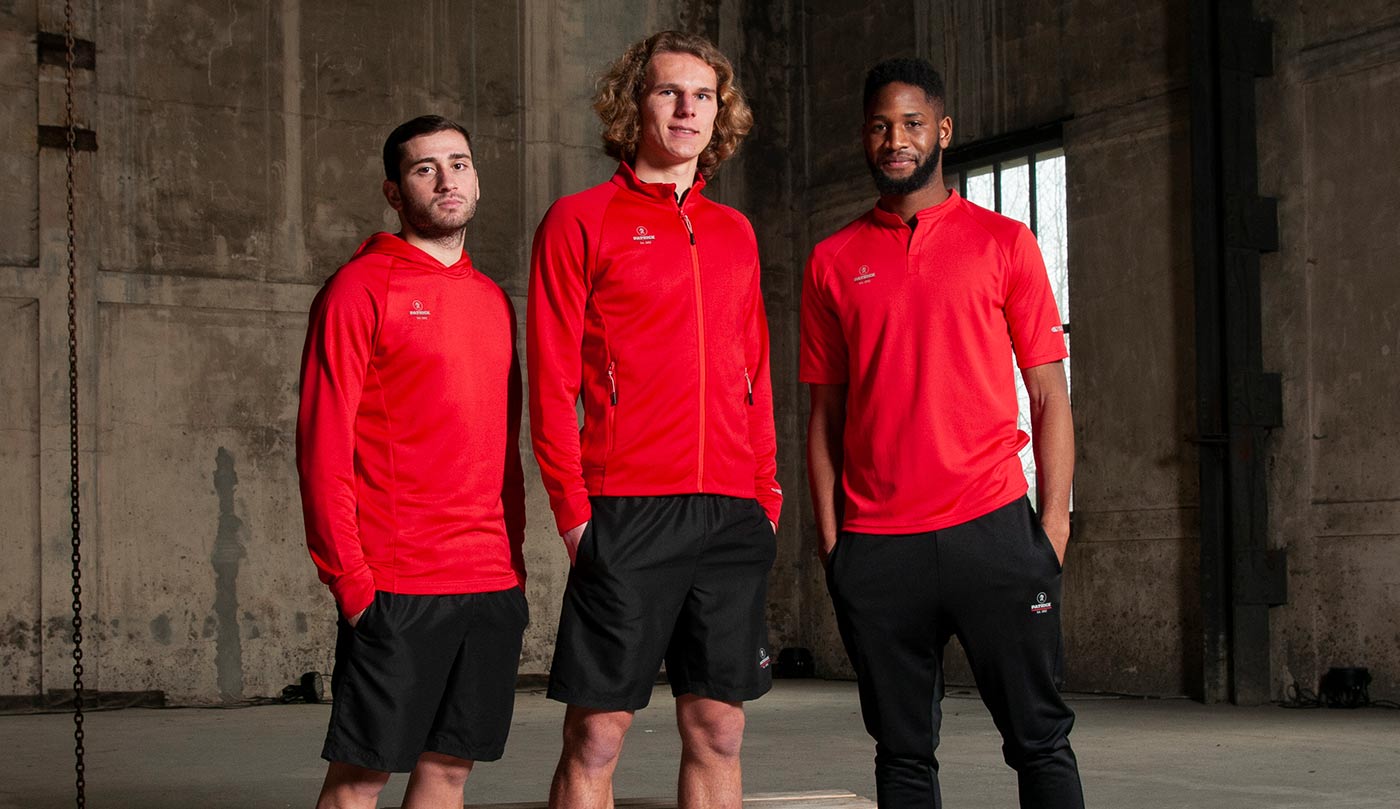 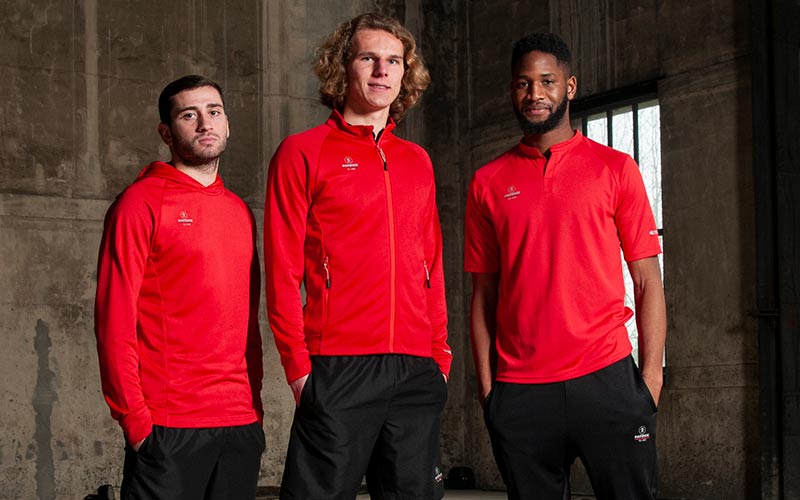 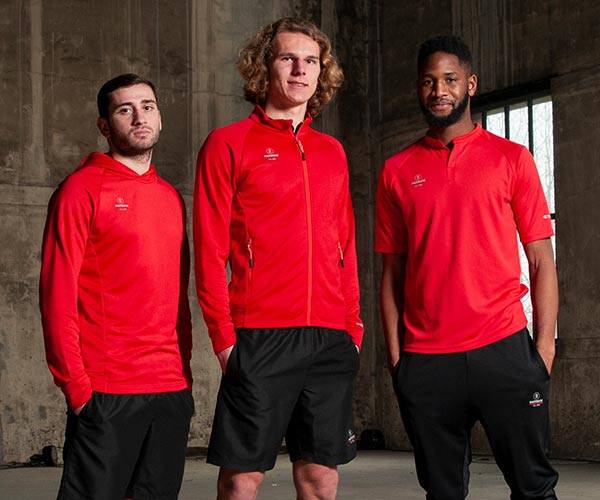 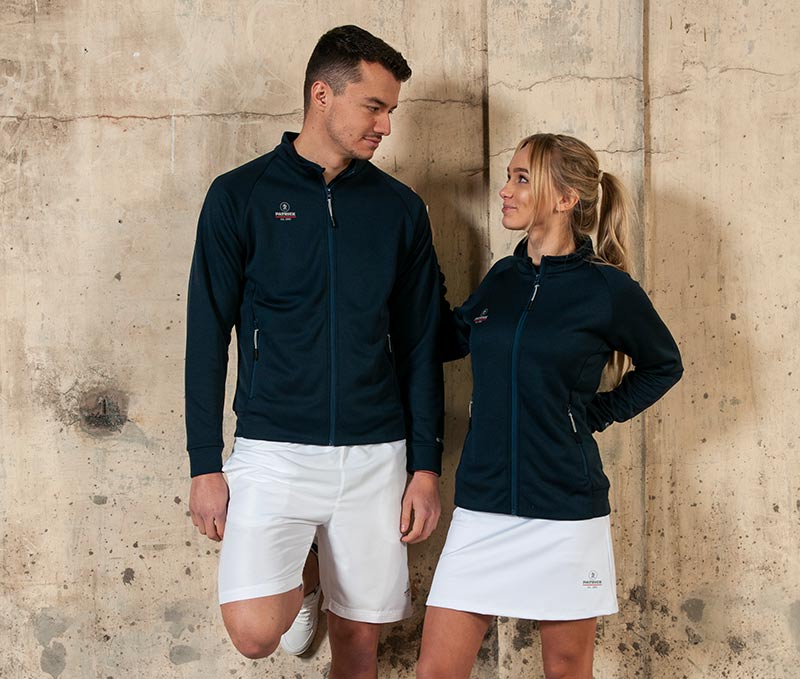 Prepared for every sporting occasion

The heart of the EXCLUSIVE collection beats for sport in all its forms. Whether lifestyle fashion or active sportswear: active women and men can enjoy functional and fashionable clothes at the same time. With our modern and innovative EXCLUSIVE collection, you choose a collection tailored to your active needs.

The EXCLUSIVE collection stands for high-quality products with an excellent fitting, to support you in reaching the best result possible. 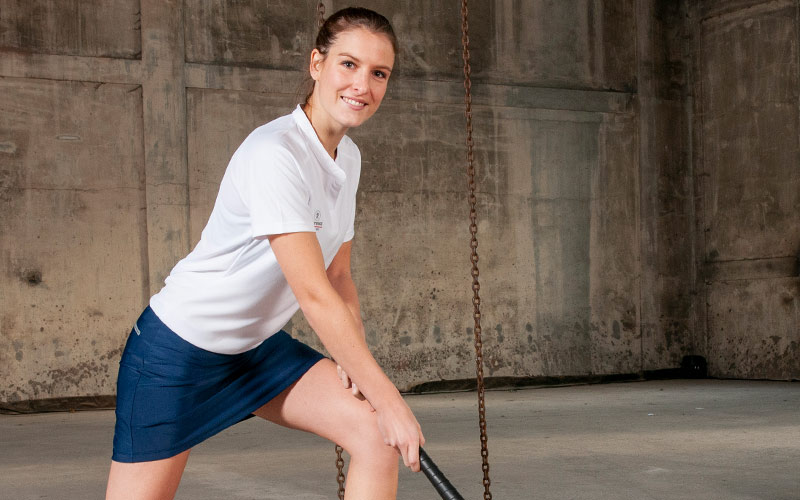 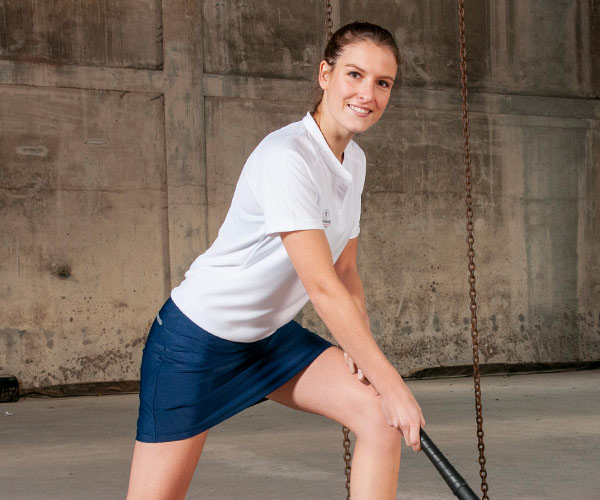 We believe you can reach every goal!

So believe in yourself and play like a champ!

A tailored collection that fits the needs of your club. Our high-quality FORCE collection supports your team in reaching the best results possible. 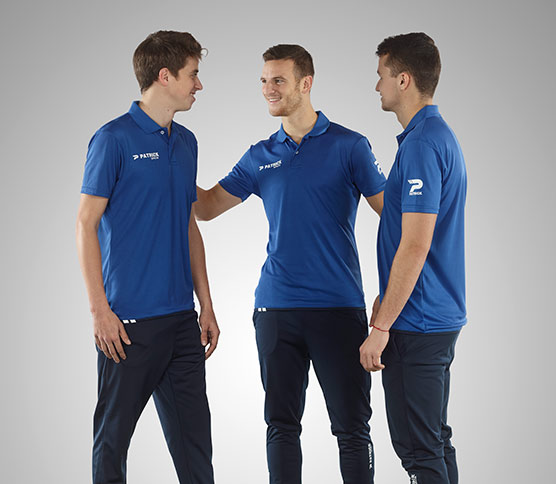 The SPROX collection stands for high-quality products with an excellent fitting, to support your team in reaching the best result possible. 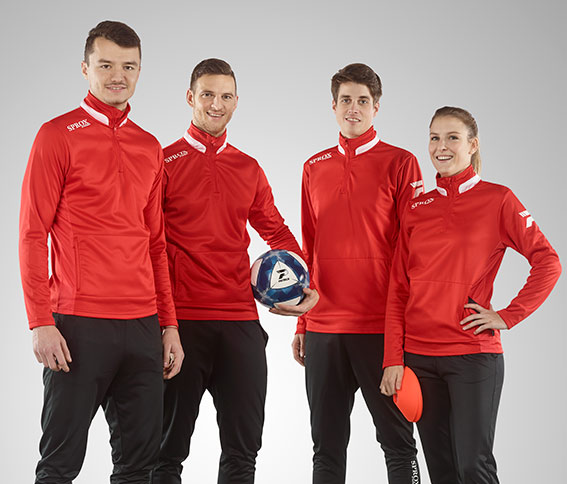 Everything your TEAM needs for a successful season on and off the pitch including match and training gear. 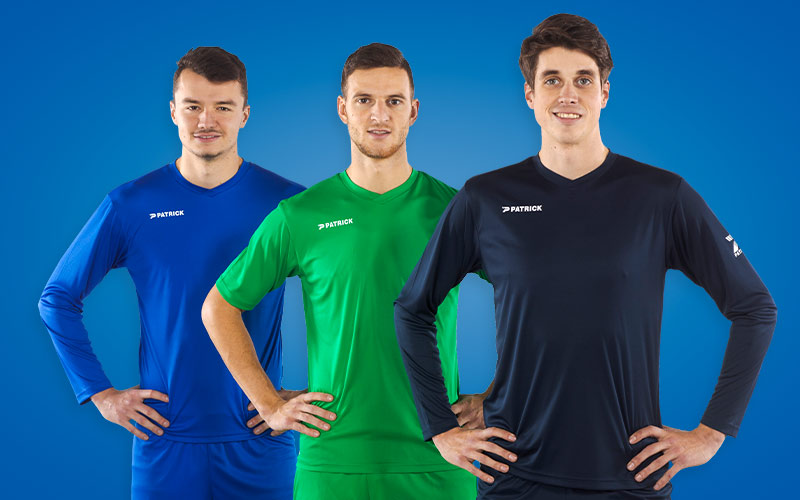 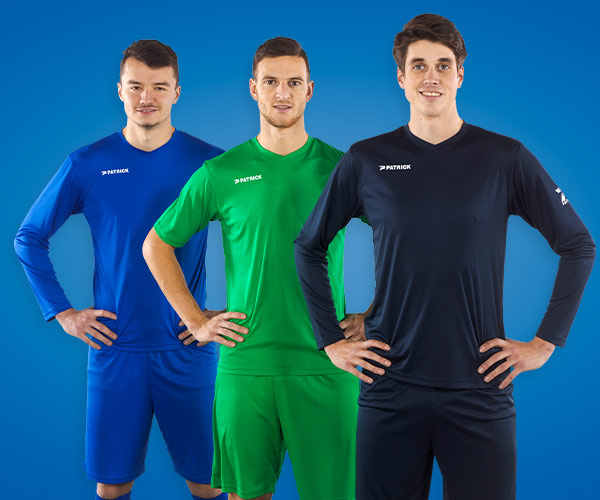 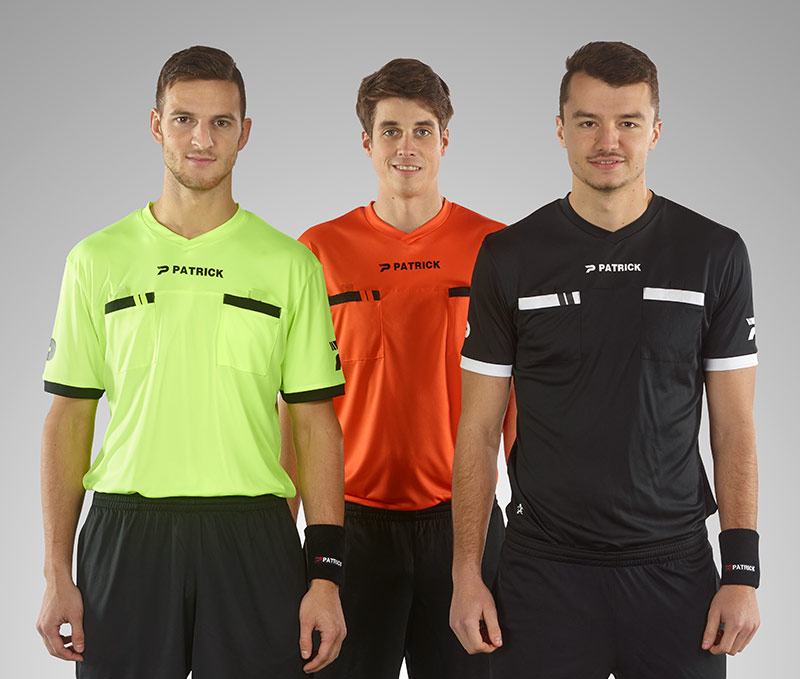 Proud partner of the 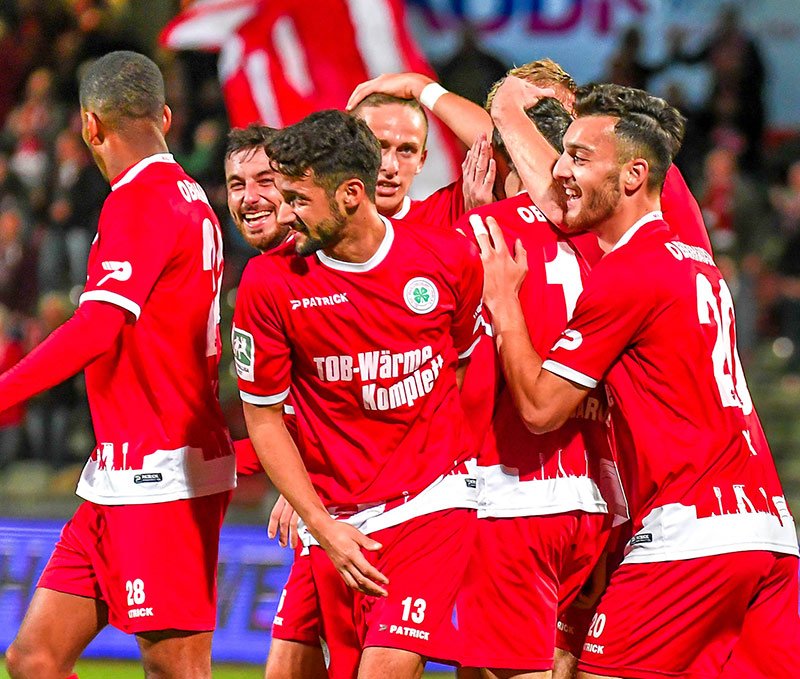 Create your own exclusive club collection, that will distinguish your club from all other teams, whatever sport you practice.

Choose one of our standard templates or elaborate your own ideas together with our designers. We deliver a completely finished product.

They believe in Patrick!

Start your season in style. €4.000 signing bonus for your club

Patrick, a sportswear brand, was founded in 1892 by Patrice Beneteau in Vendée, France. It started with regular shoes and soccer boots, then Patrick started to produce basketball, running, cricket, leisure and athletic shoes and wear.

The birth of the two stripes

During the 30-ies, even yet before Adidas made use of the 3 stripes, Patrick introduces the 2 stripes and 3 stripes on their shoes. The 2 stripes and 3 stripes were born out of technical considerations. The stripes were used to strengthen the shoes in the front and at the back in order to avoid deformation of the shoe. Patrick was one of the pioneers in the world of brands that used this technique.

Invention certificate for perfections on sport-shoes

In 1931 Patrick received an “Invention Certificate” for “Perfections on sport-shoes” which detailed a sketch of new points where studs or pins should be placed on soccer or track shoes. This certificate was given by the Ministry of Commerce and Industry. This was possible through careful studies of all sports to select the exact points upon which to concentrate their best efforts.

The “Plastfix”-sole was a revolution at the time and was exclusive for Patrick. Lightness and resistance were key-factors to make this sole a winner. Patrick’s “Monobloc” mounting system made the footwear completely water-proof and shape-retaining. These shoes were made by skilled craftsmen selected among the best. This opened the way for athletes to set new records in Patrick’s sports shoes.

Rugby’s National Monitor for Patrick France was Robert Poulain, who tested the functionality and durability of the Patrick Rugby collection. For years he was the reference of quality footwear in rugby. Bringing a line of Poulain Junior and Senior shoes, he elevated the game through research and progressive adjustments on the shoes.

During the sixties, Patrick had 2 cyclists on their team: Jacques Anquetil and Raymond Poulidor. Anquetil was “Monsieur Chrono”, a nickname he achieved by winning a lot of time-races. His name became legendary by winning the “Tour de France” 5 times. Poulidor was a popular sportsman among the French people who named him “Pou Pou”. As “eternal second” he always came a little short to catch the first prize. In 1961 he became “French Cycling Champion”.

Delfs is especially noteworthy for winning men's singles at the first IBF World Championships held in Malmö, Sweden in 1977. Delfs won three consecutive European men's singles titles in 1976, 1978, and 1980. He played on all four Danish Thomas Cup (men's international) teams between 1972 and 1982, two of which (1973, 1979) reached the championship round before losing to Indonesia. 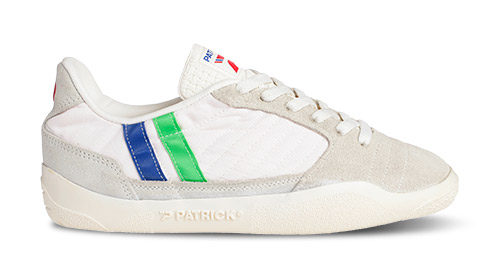 Following Anquetil’s footsteps, Patrick’s Bernard Hinault won the Tour de France five times in ’78, ’79, ’81, ’82 and ’85. This resulted in his own Signature model. 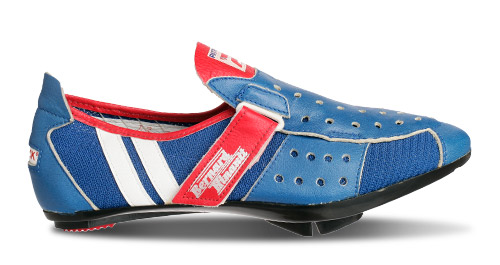 Kevin “King” Keegan was one of the most remarkable players on the Patrick soccer team. Starting his career in 1968, he starred in the English Pro League where he ended as coach in September 2008. He played in the English National team, where he managed to score 21 goals in 63 interlands. Pélé chose him to be part of the 100 best soccer players in the world.

Michel François Platini (born 21 June 1955) is a French former football player, manager and administrator. Nicknamed Le Roi (The King) for his ability and leadership, he is regarded as one of the greatest footballers of all time. Platini won the Ballon d'Or three times, in 1983, 1984 and 1985, and came sixth in the FIFA Player of the Century vote. In recognition of his achievements, he was named Chevalier of the Legion of Honour in 1985 and became Officier in 1988. 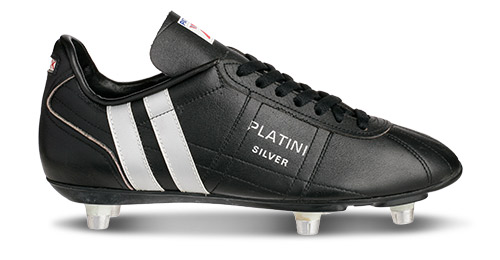 In squash there was only one true champion in the 80’s: Jahangir Khan. Winning the World Championship 8 times.

Michael Laudrup (born 15 June 1964) During his playing career, Laudrup won league titles with Ajax, Barcelona, Real Madrid and Juventus, playing as an attacking midfielder. A world class playmaker, he was a member of Johan Cruyff's "Dream Team" at Barcelona, where he won nine trophies, including four successive La Liga titles from 1991 to 1994 and the European Cup in 1992. Laudrup moved to arch rivals Real Madrid in 1994, with whom he won his fifth La Liga title in a row. 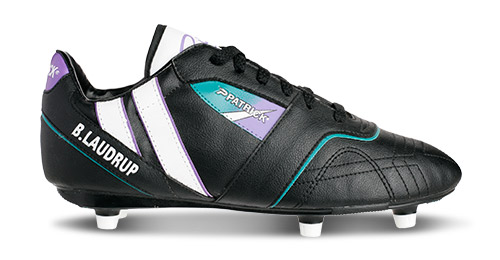 Papin achieved his greatest success while playing for Olympique Marseille between 1986 and 1992. He later played for A.C. Milan, FC Bayern Munich, Bordeaux, Guingamp, JS Saint-Pierroise and US Cap-Ferret. Papin also played 54 times for the French national team. After a short time as manager of French clubs, he joined the local amateur club AS Facture-Biganos Boïen as a player in 2009, aged 45.

Patrick becomes a part of Cortina

A heritage collection was launched in which a number of models out of the rich history of Patrick were reproduced in a limited edition.

Patrick becomes the official supplier of the referees associations in Belgium and in so many others leagues.